Transformative in Teaching and Learning: An Introduction to Technology in the Reggio Emilia Approach

Though British Columbia has not developed a unified perspective on digital technology within early childhood education, the Early Learning educators in Reggio Emilia, Italy have long since agreed that technology can be transformative in their teaching-learning environments.

If you are not familiar with the Reggio Emilia approach to Early Childhood Education it refers to a philosophy of education that epitomizes the pedagogical practices exhibited in the Early Learning centres of the town of Reggio Emilia, in the Emilia Romagna region of Italy. The single philosophy of education that exists in Reggio Emilia today stems from years of collaborative effort, community involvement, and protests for political change (Edwards et al, 2011).

After first school in Reggio Emilia opened its doors in 1946, parents and educators, including Emilia Romagna native Loris Malaguzzi, spent the next twenty years fighting for greater, more abundant early childhood education (Edwards et al, 2011). In the midst of completing his educational degree, Malaguzzi offered his services to the women involved in the construction of the first Reggio school (Edwards et al, 2011) and went on to play a significant role in the evolution of the schools. He drew inspiration from thinkers such as Lev Vygotsky, John Dewey, David Hawkins, and Erik Erikson, and provided insight and leadership as the new schools developed their own philosophies (Fraser, 2012, p. 5; Gandini, 2008). By 1971 there were government-sponsored preschools and infant-toddler centres throughout Reggio Emilia (Edwards et al, 2011).

Malaguzzi, parents, and educators collaborated to develop a common image of the child that recognized children as producers rather than consumers of resources,  as well as creative, engaged citizens capable of critical thoughts and actions (Pelo, 2008). Reggio Emilia’s view of the child resulted in a multifaceted, malleable, and collaborative method of teaching.  Observation and documentation become essential in the Reggio approach as they facilitate its core components: emergent curriculum, a high-level of collaboration, and unique, intentional environments.

In Reggio, teachers follow the lead of children, and their families, in order to develop emergent, project-based teaching and learning.  Within the emergent curriculums of the Reggio approach, the outside interests of children and the emergence of new technologies are incorporated rather than looked past or avoided.  As Malaguzzi suggested:

“schools should be continually seeking more and better materials, wider spaces, and suitable structures so as to never fall behind” – Malaguzzi, Spirit of Studio 19

In addition to the above elements, Reggio Emilia educators believe that children have the right to express themselves through whatever modes they choose. In Reggio, multimodality is referred to as children’s 100 languages. Therefore, digital technology is viewed as another medium with which children can express themselves (both literally and figuratively). 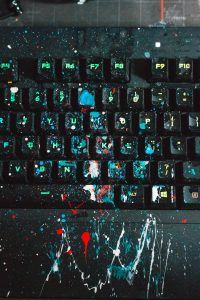 A recent post on the Italian website, “Reggio Children” sums up the Reggio Emilia perspective on technology in relation to children’s 100 languages . Scheda atelier writes:

The digital has the potential to transform teaching-learning contexts, offering children’s thoughts and theories new modes of representation, proposing a dimension of culture capable of merging the abstract with the artisanal. Children simultaneously act on plural levels of representation in these digital contexts, exercising for a form of hybrid, integrated, flexible thinking. What we aspire to is a connected and synthetic [from synthesis] form of intelligence, not narrowly discipline-based, but capable of being constructed in the research into meanings, on the borderlines between different languages.

That being said, it is clear that the Reggio Emilia approach does not debate over the potential value or harm of digital technology on young children but rather embraces it as a valuable material for learning. Unlike the Early Years curriculums of British Columbia, the early learning centres of Reggio Emilia have included digital technology in publications for decades.

Thank you for reading. More thoughts, information, and learning to come.